At present, Facebook has around 2.7 billion users, who upload billions of photos and videos in their posts every day. Since Facebook was started to connect people content moderation was not their priority.

There were several issues from various countries against hate speech. One such example, In Bangalore, India, an offensive social media post resulted in the death of 3 persons in a police fire. Facebook has to change its policies regularly based on customer feedback. During Facebook’s early days, a team of 12 college graduates was involved in the site integrity team which is used to moderate the content on Facebook. But this changed in 2008. Now, Facebook has almost 15,000 content moderators.

In July 2020, Coco-Cola, Starbucks, and Unilever took a move towards the “Stop Hate for Profit” campaign(This campaign was started to stop ads on Facebook). They also quoted that going on to advertise on these arenas at this time would not put value to the community. During that time Coco-Cola, Starbucks paused advertising globally on social media platforms. They revolted Facebook in July for not doing enough to curb hate speech on its platform.

Facebook’s annual revenue of 2018 was around $55.84 billion. In that 48% was from the USA and Canada, 23% from Europe, 19% from Asia, 10% from other parts of the world. In 2019, 98.5% of Facebook’s revenue was from advertising. I think now you got an idea of the role of advertisements. Advertise sales is one of the main sources of Facebook revenue.

In September, Facebook signed a deal with big advertisers to curb toxic content online, which help advertisers formulate how their ads show on the Facebook news feed. It would begin testing out supervision with a small group of advertisers, the procedure would take a year to accomplish.

Facebook told on Friday “ it might soon start formulating topic exclusion controls on its site to allow advertisers the considerable power to get rid of certain forms of content from appearing alongside their advertisements.”

Also, Checkout this Post – How to get android 11 features on your phone 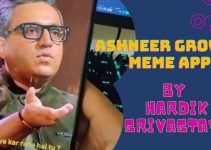