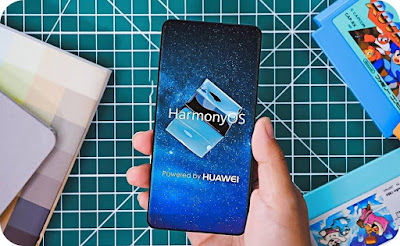 Recently I covered on my YouTube channel about Huawei ban and their OS and as we know that we know about Hongmen OS in china and ARK or OAK OS in the global market.
But yesterday night I heard a  news about Huawei new OS (Harmony Os) and it is officially revealed by Huawei in China. And the rumors and in launch event says that is far better than the Android and IOS. The interesting fact is Huawei working on this OS over a long period of time approx 10 years that I have to know if I am incorrect, then correct down me in the comment box. And a second interesting fact about this Harmony OS is its works with all type devices I know its sounds to be weird but it’s true. Huawei Officially says that Harmony OS is not only for their smartphone, but it is also compatible with all the devices such as Laptops, pc, microwave, including televisions, car kits, smart speakers, smartphones, smartwatches, and many more. 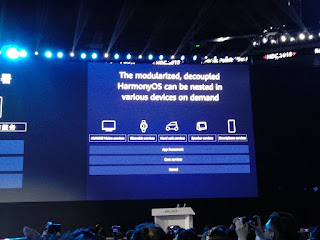 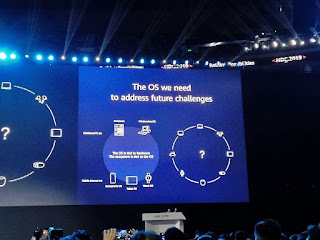 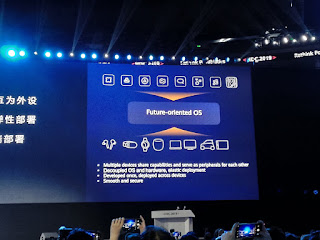 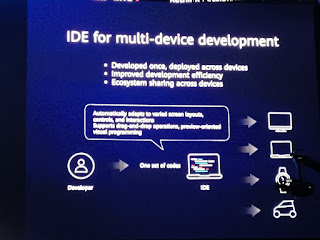 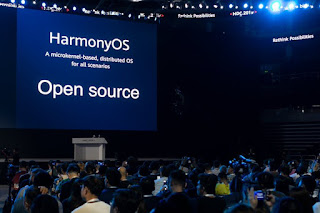 Many of you want to know a detailed history of Huawei Harmony OS (Hongmen OS, Oak OS, ARK OS) then click here Detailed Article of Harmony Os on xda site .
Harmony Os is based on a microkernel just like google Fuchsia OS. Now Huawei developer has the ability or it allows for more flexible deployment of the new OS on various devices,
easing app development. According to Huawei microkernel also improves the security in their os. Due to microkernel With less code to audit, the probability that a new attack will be discovered will be lesser.

The Huawei says Harmony OS better than Android and other Linux-based operating systems. The new change in their Os Huawei says that it simplifies interactions (faster discovery and connections) of hardware like the display, cameras, speakers, etc.
As we know Android uses the Linux kernel’s mechanism, but Huawei Harmony OS uses a deterministic latency engine that provides precise resource scheduling with real-time load analysis and forecasting and app characteristics matching. This result is a 25.7% and 55.6% improvement in response latency and latency fluctuation respectively.

Does Developers can develop an application on Harmony OS?

Huawei Harmony os decouples the OS from the hardware, Then the developers can develop. Developers will able to use Huawei ARK compiler to compile code for Harmony OS. Harmony OS has IDE support to app development for multiple devices such as televisions, smart speakers, smartwatches, car kits, and many more. There is one thing you should know about it that in Harmony OS will not allow for root access, and as we know you can root Linux based os such as Android and which Huawei says is a security risk on Android and other Linux-based operating systems. One more thing that Huawei announced that Harmony OS is open source to establish or to create a community of many developers who can further modify the Harmony OS to make it more faster and bug-free.

NO, Harmony OS is not compatible with Android apps, Richard Yu, CEO of Huawei says
that you cannot sideload the android application, but in the conference, CEO says that developers can make small changes to their application to run on Harmony OS same as happens with Samsung Tizen OS is also not compatible with android apps but you can further modify it after that it works with Tizen Os. Richard Yu, CEO of Huawei says that it is “very easy” to transfer Android apps to Harmony OS.

Where you will get the apps of Harmony OS?

Huawei also developed its AppGallery platform as an alternative to the Google Play Store,
and this week the Huawei reveals Huawei Mobile Services as an alternative to Google Play Services. Huawei wants to develop its own ecosystem same Apple, and if the ban will do not lift by the end of this year then Huawei will have no any choice to officially switch to Harmony OS for its new devices, the rumors say that the upcoming Huawei Mate 30 series will come with Huawei Harmony OS.