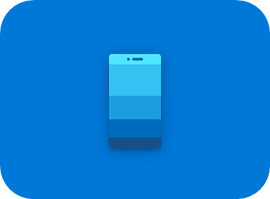 Microsoft Launched ‘Your Phone’ app for Windows 10 users for phone calls, Battery Indicator and many more.

Lately, Microsoft has launched a new feature “Your Phone” for you on windows 10 and that app has been on working about for over a year now, but only later it become further helpful.
‘Install Your Phone Companion and link it with the Your Phone app on your Pc to get started’

WHAT DOES THIS APPLICATION DO?

This application instantly syncs notifications from your phone to your PC, read and reply to SMS from your PC, and view photos on your phone. How this works is your phone handles your pc as an external device quite like it would treat a wireless handset.
After which It would ultimately be able to be a mirror of your phone screen. 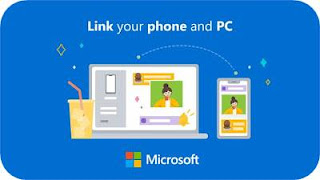 Following up is a pretty impressive feature “phone calls”.
Microsoft has earlier discussed regarding this feature, but this is initially we’re noticing it in real life.
The “Calls” is displayed up in the sidebar and clicking it brings up a dialer screen. If we have to call somebody then it can be performed in 2 ways first by dialing the number in the number pad which is on the left side of the PC or secondly searching the person in your contact list and then calling him/her as the dialer can access the contacts on your phone and when a phone call is running, you’ll see a minute floating window with a button to hang up just way viewed in phone and you can increase the window. When increased, there is an option to relocate the call to your phone.

Moreover, Microsoft is presently connecting a battery indicator and improving for phone call assistance. An innovative feature for Windows Insiders is a battery pointer in the Windows Your Phone app as there is a simple battery icon positioned in the top corner of the sidebar above the image of your phone. It appears that you can see the exact percentage by clicking the battery icon. This way one can check the percentage of the battery from PC.

The Your Phone app will work with the following minimum system specifications:

This feature is hidden in the latest version of your phone app it’s not enabled by default by Microsoft. This is a pretty modern feature and we expect to see it soon in Insider builds. Furthermore, Microsoft is further preparing to add support for text message sync and notifications from Android phones to reflect in a PC in the future.

How to Setup Your Phone app on your phone and PC?

Your Phone Companion – Link to Windows

All of these process and application only works on windows 10. In previous version of windows such as windows 8, Windows 8.1, windows 7, windows 7 ultimate it will not work. Even we know that in windows 8 versions supports microsft store even then your windows not support Your phone application.

Microsoft Launched ‘Your Phone’ app for Windows 10 users for phone calls, Battery Indicator and many more.